Not tonight, darling
Don't bother staying in, folks (as if you would, anyway).
Other urgent stories are currently breaking, which means the lovely Thomas Schnetzler from Lindt's interview to go with my chocolate piece has been delayed for now and the story is not likely to be aired tonight.
The producer tells me that it's instead likely to appear on A Current Affair next week rather than tonight. If anything changes, he said he'll call me.....
.....such is life as a television tart. 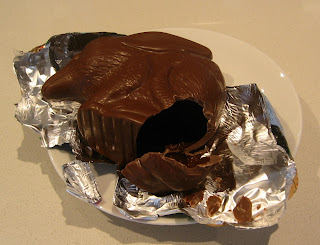 Well, that's disapoointing. I was looking forward to boasting that I personally know a television star.

Ah. So that's why you were not there.

I'm actually relieved. I've worked back till after 7pm for the last 2 nights & would've missed it....

there I was poised on couch, glass of red in hand to toast you in royal form - oh well darn it, looks like a glass of red in front of the TV every night next week til you are on!! LOL

We have recorded and sped through ACA 2 nights in roll. Thanks for the heads up, will leave the timer for the next week...

I was in the hairdressers at 6.30 and I made them put the tv on, so I could keep an eye out for you. Better luck next week!

Hey Kath - I did see your excellent piece on keeping email under control in this morning's The Age though! Very nicely done, and as someone who has constantly has to tell people 'noooooooooo!' when they want to send out an all-staff email, I'm right with ya sister!

I will keep a look out this week - presuming that ACA is the same in every state?

heh, my word verification is 'munte'.

So I didn't miss you on A Crappy Affair? Good, I'll look out for you this week! Yippee!

I wouldn't worry about your typo, River - disaPOOinting sums it up rather nicely.

Thanks Delamere, that's my first PAID article for The Age - whoo hoo!