Andy Warhol might have said that everyone gets fifteen minutes of fame, but that was back in the sixties when they thought that Nehru jackets, Guru Swamis and The Flying Nun were going to last forever.

These days, it’s fifteen seconds. In a normal situation, fifteen seconds is about what it takes to say to a stranger, “Hi, I’m---“ and they to you as you both have a quick glance at each other and decide if you’re going to enjoy having a conversation with them or not.

For an as-yet un-filmed, unknown pilot game show on Channel Nine, they advertised for people to audition as contestants. Up for any new life experiences and writing material, I sent in an email and was invited to attend a session. 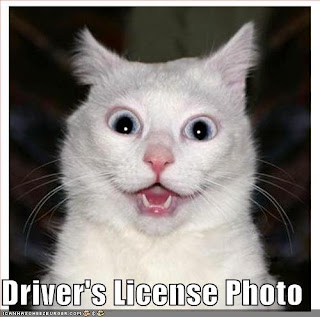 We had our photos taken, queue-style, before filing into the studio. As I squeezed in the last available chair in the very back row of a 400-strong backlot in Richmond (and I was at least ten minutes early) I found out that this was the last of four audition sessions they were holding. Somehow they intended to select half a dozen contestants from roughly 1600 people (or is that 1600 rough people, the jury's still out).

It was hot, we were all sweating and whispering to each other, wondering what we’d have to do to get on. I was the oldest in my row by at least fifteen years and the only one with the hair colour god gave me.

The producer then told us that they were seeking contestants to film the pilot show. “That means you won’t be on TV and you won’t win the prizes that they talk about. You just have to pretend to win them and look excited about it.” At least fifty people then chose that moment to get up and leave and the rest of us breathed a sigh of relief that some competition had gone and thoughtfully stirred up a breeze to cool the overheated space as they departed.

Smiling knowingly at the small interruption, the producer continued to say that if the show did get picked up by the network, the contestants on the pilot would be automatically on the real tv show. Tough luck for the impatient ones who’d skedaddled. We all had clipboards with a number and our names written on in thick black texta and were given about two minutes to fill in a three page questionnaire about ourselves.

My handwriting speed is reasonably fast yet I didn’t manage to complete the form. The blonde 22 year old self-proclaimed ‘surfie chick and nudie-rudie streaker’ next to me merely added smiley faces and exclamation marks on hers, perhaps mistaking it for an SMS screen.

The producer spoke up again. "You have fifteen seconds each to say your name, show us your clipboard so that – --- she turned and said something unintelligible --- can video you. We’ll call out your name and number.”

She held out her hand in front of her, forestalling the next question. “NO. You do not come up to us at the front, you just stand up where you are sitting, use your fifteen seconds when we ask you to and then sit down.” Great. That would work wonders being in the back row of a four hundred strong crowd with black curtains surrounding us and some surly sub-sub-lower-pond-scum intern inexpertly wielding an ageing hand-held video camera….

My number? 659. Producer lady was up again. “While you’re waiting your turn, we want the rest of you to clap and cheer each other on because we’ll be assessing you as enthusiastic audience members as well.” Yeah right, and Santa’s tapping out his Naughty and Nice list right now. That said, most of us decided to play, if only to enjoy whatever nonsense several hundred other strangers were going to come out with.

"I work in Public Relations so I can talk confidently and knowledgably. Plus (she wrapped a long, lovely leg effortlessly around her neck) – I can run in pink stilettos." Nobody doubted her.

A couple stood up and proudly stated that they’d been married for four years. In the nude, as part of a radio show. Well sure, anyone can be nude on radio; matter of fact I’m wearing my birthday suit whilst typing this out!

A red-haired woman in her late forties stood up and immediately announced, “I’ve won $130,000 on 20-1 and now I want to win more.” Oh bugger off, you greedy sow. The mossies could be heard buzzing overhead as she sat down to annoyed silence.

A plump and spotty young guy two seats alongside me stood up. “I’m Derek Sacco. Yep, that’s my real surname, so my DJing stage name is DJ Sac. Yeah, as in nut sack.” Clearly that was what he considered the most important aspect of his presentation.

A mother of nine stood up and instantly got an awed round of applause. Perhaps it was her children that increased the volume of the crowd.

"Paul? Number 113?" the producer called out.
No response.
"I think he just popped out for a bit," said someone helpfully.
"Ok, we’ll try him again a bit later."

The curly-haired bloke sitting in front of me got his turn. “I work in logistics which is a fancy way of saying I’m a truckie. And yeah, I’m skinny, which makes me unusual in my line of work.”

The love child of Axl Rose and Hulk Hogan said, “I fix up fancy cars but only travel using (he reached down to pick up his skateboard) – THIS.” He wasn’t lying; I saw him happily rolling out of the studio on his board a couple of hours later.

“I rescue koalas because I’m a fireman,” a particularly tall and hunky man said. Wolf whistles from the girls drowned out the clapping.

258 stood up. "I’m bald, I’m fat, I'm forty two years old and I just got engaged on the weekend! The crowd roared their approval. "I mean look at me – I got engaged! Oh and I work for World Vision so you’ll all be sponsoring a kid before you leave tonight."

Spiral-permed Paulini-wannabe sang something. It sounded all nice and warbly in that trilly Mariah-Carey-on-helium over-singing style that Idol judges love, but no-one knew what the hell she was saying about herself.

"Paul? Number 113?"
No response.
"I think he’s in the loo," an auditioner called out.
"Ok, we’ll try him again a bit later."
Bimbo stood up, clearly annoyed at having to wait and sit with the great unwashed. "I’m a promotions model, I’ve been on Neighbours, I’ve appeared in a few scenes from Underbelly and I’m really outgoing." She then got up and left to no applause, whilst the rest of us stayed for the entire evening.

At least a dozen poverty stricken uni students were there for a laugh, a dare, to be crazy, to win some HECS money, to mock each other’s taste in t-shirts. All have faded from memory except for the vague odour of weed and clearasil.

The saddest one was a plump, middle-aged lady who was clearly shaking with nerves and spoke in a monotone, “I’m a public servant but underneath it all, I’m spontaneous, really crazy and always the life of the party.” Oh sweetie…..

"Paul? Number 113?"
No response.
The fireman called out, "He’s obviously doing a really big poo."
Producer pursed her lips and crossed him off her list. "Ok, he’s out then." 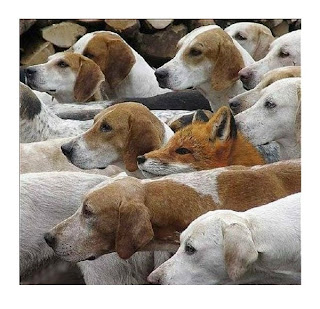 How about everybody guess what she said?

I want to know if you told them one of your goals was to get through a karate class without audibly farting?? LOL I do miss you in those classes, you know, something is missing hahahahahaha

Nothing to do with farting.... at least not noticeably so....

thank god you venture to do these things kath. lord knows i've no interest, it's much more entertaining through your eyes anyway.

Otherwise, I'm gonna have to give it to the skinny truckie.

Yeah, I'm wearing my birthday suit too. (never did work out how to take it off) Plus trackies, t-shirt, slippers....it's a mite cool here in Oddelaide today.
Now, like everyone else, I want to know what you said and did you get on the show.

Ah its something we were not meant to know hehe

But more importantly: did they take you?

I think you're brilliant. I'm only brave behind a computer screen.

Did you tell them you were a chocolate tester?

I could never guess what Kath is going to say next!! Somehow though, I think chocolate might be involved.

"Hi I'm Kath, I investigate strange shapes on top of buildings and generally annoy hell out of audiences by not revealing stuff when they think I'm about to." :)

You're a pup, Lockett, a bould pup.

My name is Kath Lockett and I'm a paid chocolate reviewer. Yep, Brain by Cadbury and Body by Lindt with an arse that dwarves shelter under when it rains....

....at least I think that's what I said. No call back received though. *My word verification thingy = hooneg.

No call back eh? They probably want someone with a brain by nestle instead.
I like the fox amongst the hounds picture. That would be you of course. The one standout amid all the braindeads.

Thanks River. You're partly right - I just felt as though there was no way I was going to stand out in such an enthusiastic, large - and sweaty - crowd!

What I want to know though is what kind of show was this going to be. A game show or a reality tv thingo like Big Brother?

You're one brave lady auditioning for (and going on) tv shows. I turn into a rabbit in the headlights whenever I'm anywhere near a camera and/or television crew.

My sister and I filmed an Australian "F Word" style show with Matt Moran a few years ago. When they filmed us after our meal all I could say was "It. Was. Really. Good" when asked how the meal was. I'm sure my idiotic, mouth gaping visage was the reason this pilot never saw the light of day.