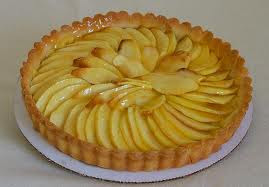 Oooheer it's been a while since I've blogged. Or visited a blog.

Somehow the last few weeks of the Swiss summer holidays has taken over and any time left has either found Sapphire on the computer skyping or me too tired to bother.

And that's not a bad thing. We've just hit the 'three month mark' and it finds us in pretty good shape. A few more French words and phrases are in the repertoire thanks to two 1-hour lessons a week; the tram timetables are now very familiar and the apartment, whilst still most appropriately described as 'Minimalist meets 1970s perfectly preserved' feels like home.

But there are some things, in these remaining few days before Sapphire starts her new school, that I'll never get used to.

..... because it's not always pretty. The Swiss may have a reputation for being serious and spotless but there seems to be a widely accepted exception to this rule.

The loophole applies only to men who use public transport. It is in this situation that they are allowed to openly and languidly pick their noses. They do not do this furtively or with any sense of shame, hiding behind a newspaper or fluffed up hanky; no - Sapphire and I have seen far too many examples of blokes entertaining themselves for the duration of their journey by thoroughly investigating the contents of what they fished out of their nostrils with their pointer fingers. One man's face looked as though he had frenzied eels swimming under his sinuses he was mining so hard.....

Sapphire was almost in danger of breaking the code of silence when she gasped in shock one morning. A young, well-dressed business man, maybe late twenties, had had enough of inspecting the glistening globule resting on top of his left digit and flicked it away. The offending object splatted against the glass partition in front of us.

We both reeled back in horror and distaste yet his blank expression did not change.

I blame the lack of cake for this travesty.

You see, it is impossible to buy self-raising flour anywhere in Geneva. Plain flour yes, and apparently you can - if the phase of the moon is right, the gods of bureaucracy and importation are smiling in their raclettes and all opportunities for setting off fireworks have temporarily been suspended - find some baking powder.

But clearly it is a task that causes most people to give up in despair and settle for eating tarts. Yes, tarts. Now, tarts are perfectly fine to eat and look rather good with glistening slices of apple or big spoonfuls of fresh berries ladled on but not every day, every meal or on every bloody counter of every cafe as their 'dessert selection'. They're the only sweetish thing available in bakeries, cafes or supermarkets apart from meringues and brownies with the appearance and consistency of roof tiles. I quickly found my heart sinking at the sight of them and kept hankering for a slice of cake. Any kind of cake; even the dry old sliced Balfours 'teacake' rectangles that nannas buy from woolies. Hell, a mere muffin would do.

I decided to search for this much-discussed but seldom seen baking powder.

It doesn't come in tins like in Australia but sachets.

Of course those sachets are written only in French and German, so one day I danced home in what was surely a victory stance to find my dictionary only to discover that I'd found yeast instead.

And something called Raffermissuer. *sigh*

I then heard that desperate expats have been known to drive over the border to France to find it at the obscenely overpriced Jim's UK Foods for Overpaid and Exceedingly Homesick UN Diplomats Shop (or something like that). Seeing as we don't have a car and are still getting over the fact that the only red meat we can afford is 'hackfleisch' mince that has 'trois meats' that aren't named, it wasn't likely.

I'll keep on searching because the last thing I want to witness is Love Chunks blending in as a local undertaking a big-thumbed booger hunt on the number 16 tram..... 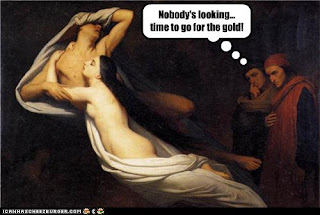 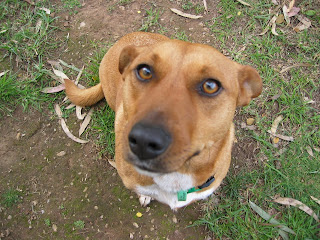 For weeks her gaze has been pointed directly towards the earth. Endlessly sniffing, running crazy zig zags and doubling-back across the garden; always making sure that her nose is never more than a centimetre away from the ground.

Her tail is naturally kinked in a permanent question mark and this now seems appropriate. Milly’s been here for three weeks now and is trying to solve a mystery: what is that strange smell?

Wild strawberries grow in carpet-like abundance in the part of the building’s grounds reserved for exercising dogs, punctuated by mouldering chestnuts and green baby acorns. Black crows strut around with insolent confidence, only sometimes bothering to make the pigeons whip-whirr up in flight.

A grey tabby sits in the planter box by the sliding doors, cooling itself from the surprisingly hot Swiss sunshine, presumably waiting to be let back inside when her owner returns. Monsieur Frattiani putters by on a mini-tractor carting several linked garbage skips behind him, odour and noise combining to produce an inviting distraction.

Milly ignores all of these potential diversions in her pursuit of the great unknown. Every time she’s outside in the garden or for a big walk in the local park she’s possessed by it, literally having her route planned by where her nose leads her.

Finally, today, she receives her answer. It’s 7.30am and during the first bladder-emptying visit of the day four Siberian chipmunks are caught by surprise at the base of two enormous oak trees.

They’re tiny little creatures, like rats with luxuriant bushy tails. Four black stripes appear to be painted with great care down their backs. All of them immediately scoot up the trees to safety giving our dog no chance of seeing them up close, let alone touching one.

For the first time in four years, Milly sproings into the air with glee: arthritis, smarthritis. AHA! So THAT’S what you are! Sproing Sproing Sproing – are you going to come back down?

She cocks her head to one side, bouncing now over, tail wagging more slowly. So, what are they exactly?

That question is yet to be answered but now, on every walk or visit outside, her head is always pointed upwards, looking, sniffing, hoping.

We've had cause for a few sniggers and guffaws at words and signs that tickle our internal Benny Hill bones. Or, as Sapphire reminds me, I have.
Take douche, for instance. Not exactly a compliment in the English-speaking world, but it means a shower over here. Douche gel is everywhere and still makes me chuckle. Yes, I'm the kind of person who laughs 'til I fart at Australia's Funniest Home Videos.
Or consider our tube of toothpaste, invitingly named Candida. Why on earth shouldn't your oral hygiene regime not involve filling your mouth with something named after a vaginal infection?
Even something as innocent as pastry caused Love Chunks and I to double over when we were last in the chilled food aisle. I was supposed to grab a couple of rolls of pizza dough and found a new brand imported from Germany. "LC!" I gestured him over, "It has extra dick!" Considering that it was already 40cm long and on special it was a clear contender for our shopping cart.... 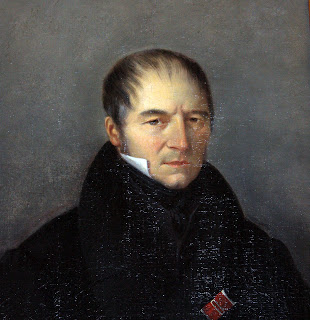 We saw the above bloke at Nyon Castle. "The French clearly invented the comb-over," LC said.
However, Nyon, as scenic and quaint as it is, has nothing on Geneva for nude sculptures. Any free space available has someone in the raw doing things as strange as putting bridles on rearing stallions, flying two kites at once, gazing longingly into a primary school pond (!) or advertising the side entry to an insurance company.
In their version of the mall (Rue de Mont Blanc), there are two Sphinx statues on plinths. The mysterious Egyptian connection was immediately left unanswered when we walked closer and discovered that both of them seem to have visited Beverly Hills recently and sought a date with Hugh Hefner: 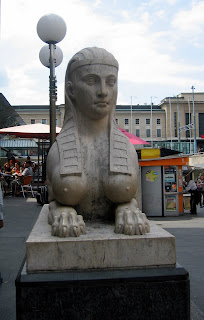 ..... could those grapefruit be any faker? Or set further apart....?
I haven't the guts yet to take a photo of the stone carving that tops the Cornavin train station; the bustling heart and centre of the city. Not only are both my hands already busy firmly gripping my handbag in the area's busiest spot for pickpockets but I don't want to be seen taking a shot of a man with a donger that's roughly the width and length of a loaf of bread. "Maybe it's a self portrait of the artist," Sapphire said, with a dry maturity that both surprised and frightened me.
Not only that, but he has two busty (and completely nude, of course) female companions directly behind him, arms folded back in a strange double-jointed pose, gazing earnestly at whatever he, Mr Super Schlong - is looking at. Why this was considered a good image for the train station is anyone's guess. Here's mine. "No time to put your clothes back on girls, we've got two minutes to get to platform nine!"
LC bravely ventured into Swiss e-bay and bought himself an electronic piano. He knew he was successful because he was sent this message: "They delivered your price proposal? Now it is because of the salesman whether it accepts it. We press you the thumbs."
Further out of the city, towards the German-speaking population of the Switzerland are the Ausfart signs. These appear at every exit from the motorway said my friend K. "But we thought why not, we're Australian, we can always wind the windows down...." The pastry from her delicious home made spinach pie got stuck in my windpipe as I laughed too loudly and inhaled instead of swallowed - you find your jollies where you find 'em.
Posted by Kath Lockett at 5:04 PM 20 comments: