If you understand the title, then you'll know that today's topic is the Olympics.

Living in a country not my 'own' has given me a renewed interest in this four yearly event as the two television channels we get access to feature Brits (yes, push aside the guy who broke the world record and interview the sixth-placed Londoner) and everyone else (freebie Eurosport channel interspersed with adverts for colleges in Qatar and the Russian railway system).  Aussie jingoism is non-existent and the only glimpses we get is what we glean online or if they make it into a final.

Still, I'm addicted. Seeing the best in the world get their ten, twenty seconds or three minutes of fame is intoxicating and I'm a sucker for any medal-winner who cries with joy, is related to a zany parent or demonstrates an unusual display of humility. 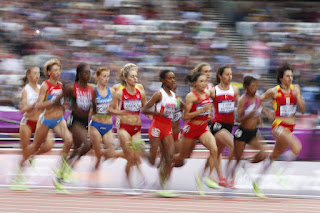 Apart from an interest in honed bodies and zero percent body fat, I've noticed that, similar to the big label fashionistas, athletes too have their fads and looks they follow. In 2012, it seems to be knee socks for runners and anyone throwing things along with fluoro yellow as the predominant colour of choice for sneakers. 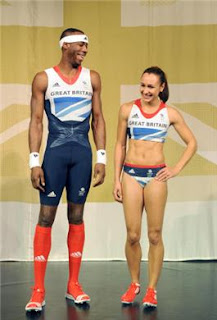 No-one in my 'real' life (ie Love Chunks sitting next to me on the sofa) or any 'expert commentators' on the telly have been able to explain what those elbow glove / sock / warmer thingies are about. An American runner who resembles Beyonce - Sanya Richards-Ross - seems to like wearing them and considering she's won herself a few medallions to pack in her hand luggage on the trip home means that they must help in some way. 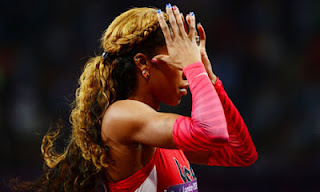 Time will tell if these Big Three Athletic Items stand the test of time or be proven to contribute towards an improvement in performance. Cathy Freeman's head-to-toe bodysuit (and head snood) didn't sweep the world, nor did Serena's all white tennis catsuit - but I'm prepared to hazard a guess that Australia's uniforms did nothing to help their performance.  Rather, they helped hinder it.

Our flag may be red, white and blue, but so are many other countries' flags. The green and gold of our floral emblem, the beloved wattle, was a fair alternative. Certainly better than Pigface, Dicksonia or Bladderwort but - it must be said - also presenting an enormous challenge to design a uniform featuring those colours that won't result in something eye-zappingly appalling, gaudy or both. 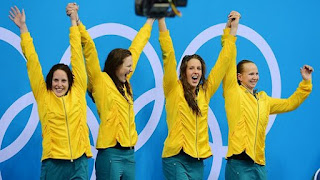 Some Olympic kits have been better than others but this year.... well, from an outsider's perspective (a hemisphere separates us), they're soul suckingly awful. Google images has only shown the tracksuits on the Gold medal-winning ladies' relay team, so you're spared the horror of seeing them worn by individual swimmers as they sauntered out - presumably in embarrassment or shame - to the starting blocks. Baggy and dowdy, they looked as though they'd been reluctantly picked up off the floor of my Dad's squash club, circa 1977. How can an athlete perform in an outfit that is so butt ugly? 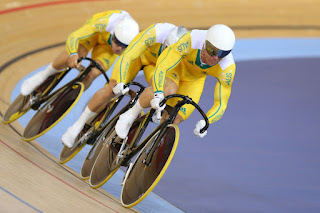 And speaking of butts - or the fronts of butts - the cyclists caused me to shudder and change the channel. "Oh Love Chunks - they're four lemons wearing button mushrooms as helmets!" Sun yellow lycra around the penisticular area is so obviously a no-go that the decision to use this - and apparently embrace it by adding a mesh shape to subtlely POINT OUT the jaundiced jatz crackers - was a crime against all things athletic and aesthetic, surely? 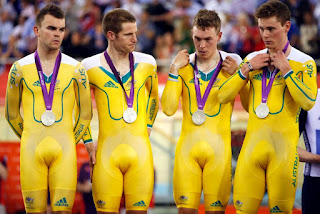 Nineteen year old Steven Solomon made it to the final of the men's 400 metres. A stunning achievement by anyone's standards. And what was the poor bugger required to wear? A harry high pants onesie presumably designed by someone picked last for every sports team, coming off a cough syrup and pop rocks bender and still clearly harboring a crush for Craig McLachlan during the Neighbours years.  Sapphire was passing by and groaned, "Oh geez - what is he wearing?" Couldn't have put it more eloquently myself. 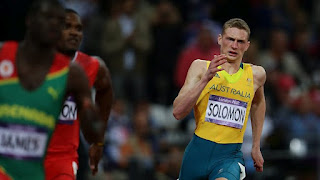 Solomon came last but is still the eighth fastest in the world. But, for anyone watching who possessed a shred of empathy, he was a winner.  He had more guts, determination and bravery than the other seven runners in front of him.  He wore the outfit, knew that it would be seen by a billion people and still managed to hold his head up and run. Like crazy.
Posted by MedicatedMoo at 10:52 PM 22 comments: 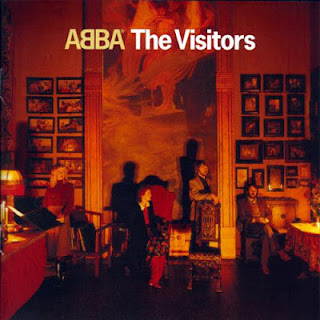 People warned me that they would come.

They would turn up in the evening, unannounced and demand to be let in.

They would be in plain clothes and not in the mood for excuses or complaints.

"You must let them in," they told me. "If you don't, then life will be far worse for you and you'll end up paying very, very dearly."

"Don't think you can dodge them. They will find you out eventually," they warned.

Frida from ABBA summed it up perfectly in The Visitors:
"I hear the door-bell ring and suddenly the panic takes me
The sound so ominously tearing through the silence
I cannot move, I'm standing
Numb and frozen
Among the things I love so dearly
The books, the paintings and the furniture
H-e-l-p me........"

Never did I think that a song from a Swedish band I heard on vinyl in Scotland in 1981 would be so appropriate for French Geneva, Switzerland in 2012.

They did come, at 8:30pm when LC was overseas for work and I was home with my daughter and our dog.

Two men had entered without having to announce themselves on the intercom or request permission.  Erhebungsstelle clearly brings power and automatic access to normally impenetrable buildings.  Both men were holding black clipboards and dressed in military style jackets and jeans. Neither were smiling.

Unlike Frida, who sang:
"Voices growing louder, irritation building
And I'm close to fainting
Crackin' up,"

......I was ready. No arguments, fear or surprisingly hypnotic* beats from me: instead my demeanour was calm and smiling, indicating that I had nothing to hide and was predisposed to doing the right thing. I was willing to let them inside my home.

"I have one of each," I said, pointing in the living room and then escorting them into our tiny study.

Seemingly surprised at my confidence and openness, they were silent as they took in our humble IKEA furnishings, dog fur dust bunnies and half-dead pot plants and scribbled something down on their notepads.

It was all over in two minutes.

Several months went by without another visit. Maybe it was all okay?  Maybe we weren't on their list any more; that their time and energies could be better spent elsewhere?

The dreaded letter arrived. Nobody likes a window envelope and one with 'Erhebungsstelle' in bold blue font was sure to get my palms sweaty, making opening it even more difficult.  A bill for 463 Swiss Francs, covering a television and radio licence fee for twelve months.....!  But we don't even watch or listen to Swiss, well, anything!

"They don't care about that," past victims consoled me.  "You pay always."

They'll be back again, same time next year.  Poo heads. 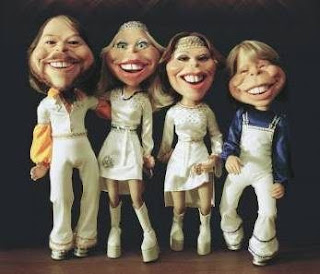 * Very catchy song from ABBA. An overlooked classic and terrific to run to.
Posted by MedicatedMoo at 4:39 PM 17 comments: