Neither a seller nor a buyer be
Love Chunks was pumped. He was ready to buy us a new, neat house in Fairfield, Melbourne, even though we hadn't yet sold our own place in Adelaide. He'd chatted to the agent, got all the boring building and council particulars on the property and had a deposit cheque ready to sign.
The bank was OK with it as well, agreeing to lend us the deposit and any 'bridging finance' (ie shit-scary numbers) that would cover the cost of the new house whilst we were waiting to sell our old one. Nerve-wracking but exciting.
LC had his game plan all worked out. The advertisement said $590+, so he was going to sit back and only enter the fray when it got close to our limit ($650), thus scare away any minor minnows still with their hands raised.
At the same time as the auction, Sapphire, Milly-the-dog and I were busy erasing any evidence of our finger prints, reading materials, hairs and the dish-rack before closing the door behind us, handing the keys to the real estate agent and choofing off in the Magna to the end of the street. There we bought ourselves McDonalds (oh stop your nose wrinkling; it was close, cheap and an easy way to placate a child already teary about the move interstate) and sat in the park until it was time to return home.
Trish, bustling the 'Open For Inspection' sandwich board into the back of her gleaming silver Honda, didn't have the time to sugar coat things.
"Sixteen separate groups came through and they all said the same thing," she said, glancing at her watch to remind me that she had an open house in Prospect to dash off to.
"And what was that?"
She smiled tiredly, us being her fourth open for the day so far. "That your family room is too small and that they want a second bathroom."
I immediately shot back with, "But the ad says one bathroom, so did they turn up and hope that we'd somehow magic-ed up a second one? Sure the family room is snug but that's why we have a large and separate formal dining room and massive shed with a gym and workshop....Why did they bother to come....?" 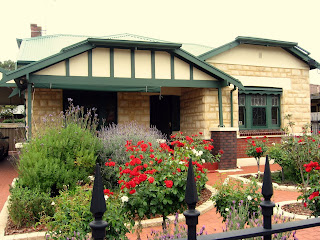 Trish could see how offended I was and muttered a few platitudes about some parties showing 'a bit of interest' but that sounded about as solid as a starlet in stilettos standing on sand.
After lugging in Milly's beanbag, two portable fans and the laptop from out of the shed and back inside and placing the dish rack back on top of the draining board, the dirty clothes basket in full view and the TV guide back on the coffee table, the phone rang. It was Love Chunks.
"Guess how much the house sold for."
"Hi! How did you go?"
"I said guess how much it sold for." His tone was even quieter and lower than usual, so I knew that it hadn't been sold to my favourite weatherman.
"What happened?"
"I got blown right out of the water," he replied. "The first bid was $640, then the next guy said $660, so I didn't even get to bid." He went on to tell me that the house sold for $740,000. One hundred thousand smackeroonies above the reserve price. 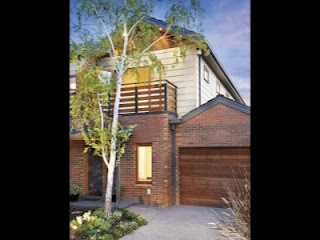 "I've managed to change my flight times, so I'll be back home - tail between my legs - by dinner time tonight." That was the one good thing about it, I supposed.
On Sunday morning, Love Chunks and Sapphire made a special trip into Norwood to find a copy of The Sunday Age to see how other Melbourne auctions fared. It was the worst day for auctions in over four years but of course the place we wanted went completely against that trend. Oh great. And the lotto quickpick I'd bought to celebrate my mention in the AWW didn't even try to raise my hopes of instant wealth as it failed to produce more than one matching number in any row.
I know; someday I'll look back on this and laugh. In the meantime, I have chocolate. And gin and tonic. And kettle chips. And a good run on the treadmill nodding in deference to that pigeon who still faithfully clings to his powerline, never letting go......
Posted by Kath Lockett at 4:14 AM

"In the meantime, I have chocolate. And gin and tonic. And kettle chips." And a blender.

My God and in Melbourne! What happened to the credit crunch and bottoming house prices. Bad luck there on the Melbourne buy and don't be put off by tyre kickers, that's what they are . . .my sister does it, goes to open houses for decorating tips and so she can have a gossip about the interior. You're right, serious buyers would know there's a small rumpus and only one bathroom! Berks.

Melt the chocolate, stir in the gin and use it as a dip for the kettle chips. Toss the tonic out the window........

If it's any consolation, my lotto ticket didn't do any better than yours.

Oh God - that stinks! We were also engaged in Melbourne real estate market over the weekend, trying to sell my mother-in-law's flat, which is how she's financing her move into aged assisted care. Unfortunately, we were right ON trend, with only one bid received, and that was $100K under the reserve. Oh shit. But we may have a two bedroom flat ready for rent ....

Don't fret pet. The right place will come up for you - that one just obviously wasn't it. And it only takes one person to buy your house. Someone will come along and feel the LOVE!! (Get Milly to head the open house - she'll charm 'em.) ;)

Hey if you're opening a bag of kettle chips, don't forget to invite me around!
Oh and thanks for the edit tip - it worked.

Chocolate is always therapeutic, don't I know it.

I can't believe what you are having to go through...actually I can a bit, since we have not moved partly due to incredible house prices round here.

And people here also seem to think you can't function without a zillion washrooms in the house.

If its any consolation (well OK, I know it isnt), the average Australian is supposed to move houses about very 7 years.

This means when you are selling, you are trying to capture the "window of opportunity" for the passing throng who want to move RIGHT WHEN YOU WANT TO SELL.

And then, you have to be selling what they want to buy - the right house, in the right street, of the right neighbourhood, at the right price.

The fact that anything sells at all starts to seem a bit miraculous. The only way it goes anywhere is to keep on being open for viewing - again, and again, and again. Eventually, Something Will Happen. It always does. Surviving until then is the hard part. The Kettle Chips are good :)

The funny thing is, when we're looking for a three bedroom ONE bathroom house in Melbourne via the internet, it is more likely to feature an ensuite or two bathrooms. Considering that we consist of two adults and a child, the last thing we want is two bathrooms to clean.

Sorry to hear about your auction result, Delamere. I hope that you can hang on a bit longer, put it up for sale at the reserve price and hope that a realistic offer comes through soon.

On to Lime and Cracked pepper chips today and a try at the new box of Cadbury Old Gold Dark Selections.... Oh and a GnT later with Love Chunks after he gets home from work.

hmm not good - here's hoping that sensible buyer that read the advert and knows what to expect is just around the corner.

You are really living in real estate hell, aren't you. This may sound like bollocks right now but I firmly believe in fate so obviously the house you're meant to have in Melbourne isn't available yet (or you haven't found it yet).

At least you have all your limbs intact.

I love the first house made from Mt.Gambier Stone, I think.

House two door up from me is for sale $600,000, backs onto a ritzy golf club, lovely state school just up the road, 15 minutes from the beach and you get me as a neighbour who loves chooks but will probably steal your chocolate.

Nothing wrong with MacDonald's, it actually got a tick from the Heart Foundation.

Sorry abt the house, hopefully you will find one you like from those that had PI.

So, what are you doing for your BIG day? Have a great time!! I wish you will get a great house in Melb as a pressie.

Thanks Dr B. The day (if you've now read my later blogs) went swimmingly well. No house sale though. :(