After literally crapping at least three kilos of my own body weight in nerves and anticipation, the auction of our home was about as fulfilling as any one of my nine sessions on the bog earlier this morning.
A horde of gleaming, late-model cars and serious-looking people holding copies of our floor plans turned up as Love Chunks, Milly and I hung around Koster park, keeping out of sight until the auction formally started. I had seeping sweat stains under my arms, but goosebumps on top of them.
We joined the fray and Richard the land agent gave the usual interminable waffle about the certificate of title, all fixed goods and chattels, binding contracts, no cooling off blah blah blah as we all stood in the shade of an ageing Jacaranda, eagerly waiting for the fun to begin.
"What am I bid for this beautiful home?"
Nothing. No sound for aeons until some bloke, there supporting his daughter, stuck up his hand and said a figure that was laughable. Except it wasn't.
"Any further bids? That first one is just for the land, what am I bid?"
More silence, until Milly took umbrage at a staffy passing by and Richard vainly joked, "We can't accept her bid, she's only four." Oh how the audience laughed!
We were gestured to go inside with the auctioneer and the agent. LC trotted in with them via the front door as I so woodenly walked, utterly conscious of sixty people staring at the back of me, with the dog up the drive way and around the back.
No to-ing and fro-ing between us or the dips**t outside increased the offer beyond his stupid, far-fetched and insulting first utterance. Auction finished. ".....has now officially been passed in but the owners are keen to sell and will consider any formal offers.....," Richard droned on outside as I could hear the engines of cars driving away.
Love Chunks and I sagged on the lounge, still in shock. ".........of course it's a buyers' market right now what with the uncertainty about the world economic crisis, collapsing share markets, banks under pressure and all that. But hey, you'll be able to enjoy the same kind of bargaining power when you're looking to purchase in Melbourne, won't you?"
Yeah. Except it will be difficult trying to buy when we don't have the money to do it with and walking slowly up the street to have an unsatisfying late lunch at McDonalds was a far cry from champagne, hopeful laughter and smiles. Love Chunks looked at me over our shared fries with concern as my eyes kept trying to spill over with tears but, miraculously, didn't. Yet.
"Fucking, fuck, fuckers fuck!" I said petulantly, laughing in spite of my anger. I felt - and still do - as though it had been a dishonouring of the house, our home. A beautiful, loved, well-preserved stately old lady that needed new owners. Owners that would respect and revere her. Owners that would have as many happy, hectic, sad, stressful, hilarious and rewarding times in her as we have.
Love Chunks grasped my still-sweaty hands as we walked back home in the spring sunshine.
"It's not too bad having to live here for a bit longer, is it?"
"Or to have to share the place with you, Sapphire and Milly."
Not too shabby at all. 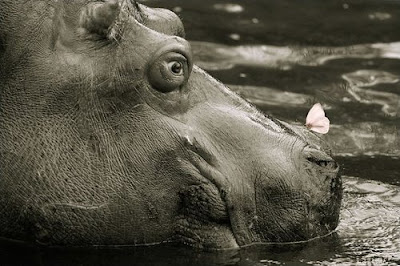 Poor thing. I'd hate to be in your position, I know what you mean, you put so much work into your home and so many memories that it's hard to understand why others don't just love it. Much as I want the money from a sale, I'll miss it when we're gone. Never mind chook. Perhaps auctioning on a Thursday wasn't the best plan? And I don't know what SA is like but it's grim over here, we haven't had so much as a nibble in 4 years! Take heart, and don't sell yourself short. Worst case scenario, rent it out and rent in Melbourne for a while. At least you can gear the Adelaide house! And think of the weight you lost with all those toilet trips! Ah fuckit . .eat some chocolate!

Selling your home is hard, and when you're doing it in under the current circumstances, doubly heartbreaking. Fingers crossed that things improve and you get the price you want soon.

Whoops - that was mean to read 'IT stinks'!

Very sorry to hear that the house did not sell. :-(

Renting it out may be a good idea.

Thanks guys. I'm trying to think of it as a particularly public 'Open Inspection' rather than a craptastically bad auction..

Renting in Melbourne isn't really a go-er for us - too many scary stories about high prices and people trying to out-bid each other to land a halfway decent house to rent. Plus, with a dog we're severely restricted to properties that tend to have been forcibly vacated by Hells' Angels and the like.....

How much equity do you have in your current place? Enough to be able to roll the mortgage and have the income from renting the Adelaide place cover enough of the payments that you aren't any worse off till it sells?

Know what you mean about renting with pets - even a cat is hard work.

Chin up, it will sell!

What a bummer. I've noticed a lot of houses around here have been very slow to sell, a bit of a lull, it will pass

Oh no. I had such high hopes for you.

Bummer, Kath, big fat shitty bummer. You were brave going with an auction - I could never handle that amount of stress. When we sold last year I was a nervous wreck anyway. Selling your own home is so stressful because you have an emotional attachment to it but it is really a matter of luck to find the right people wanting to buy it at the time you want to sell. I know it's tough but you have to be somewhat philosophical about it. The right people aren't ready yet. Maybe you need to rent it for a while rather than giving it away for a price you can't live with.

Sorry to hear about the non-sale, Kath - but I'll type cross-fingered for you and hope for better things and offers. Meanwhile I hope your insides return to harmonious working order :-)

just think of the experience as one of life's learn by hating events. There is some one out there the house is destined for you just need to wait for them to come along. Fingers crossed plus other things!