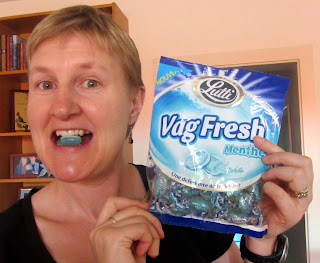 Geneva is like a pimple on the face of Europe in that it is almost entirely surrounded by France.

Swiss flags might be everywhere but the lifestyle and attitudes are mostly French. Croissants instead of Bircher muesli; 'La Poste' on the sides of yellow delivery trucks instead of the rather forbidding 'Die Post' further north; and Fashion over Sensible Footwear.

The official branch of the bank that is used by Love Chunks' UN agency closes down over lunch, so any workers who want to pay bills or open an account have to sneak over before midday or after 2:00pm.  Everything is closed on Sunday, so if you haven't done your weekly shop or wish to visit a restaurant that:

* has decor later than 1978
* is vaguely affordable; and/or
* serves food that isn't Kath's One Pot At Home-standard of pasta or pizza

..... you'll starve.  It is the official Day of Rest and judging from the silence of our enormous apartment complex, residents are either attending church or lying mutely in the dark for the entire day.

Despite this, there's enough Swiss influence to ensure that public transport runs precisely on time; recycling depots are on every street corner and just moving to a different suburb requires you to notify and register with the local commune (council).  Cafes stay open "non stop" which is not 24/7 but means that they don't close for their own lunch break.

This is not the case a mere five kilometres away.  Where the edge of CERN's enormous underground Hadron Collider borders France, things change.  Prices of food, shoes, clothing, pharmaceuticals, gifts and furniture are markedly cheaper.  Same goes for meals at restaurants and bistros.

Kate and her daughter Imogen took Sapphire and myself out for a little excursion to Val Thoiry; a well known shopping destination for frustrated Genevan Meat Tourists* and for those tiring of only being able to buy their clothes from H&M and therefore match the 99% of the population who are not Rolex-wearing multi-millionaires.  I can spot a striped H&M t-shirt, one-pocket stud jeans and funky trousers a mile away these days.

Trudging through the snowy car park, we found ourselves in a northern hemisphere version of a Melbourne 'Home Maker' centre: enormous shop fronts, oodles of free (outdoor) parking and all manner of things for sale.  We'd been living in Geneva too long and had forgotten just how much choice is on offer if you're permitted to purchase items that aren't necessarily grown, invented or manufactured by the Swiss.

Prices had me gobsmacked. "Kate, look at THIS! It's only ONE EURO! How on earth.....?"  A fellow shopper looked over at me in a kindly manner. She recognised a new recruit; a Meat Tourist now given the keys to purchases and choices beyond beef mince and deodorant.  "WHY is this two Euros here but eleven in Geneva, Kate? WHY?"

With shoes, birthday presents, Vag Fresh mints, kitchenware and chocolate purchased, our rumbling stomachs informed us that it was high time for lunch.

Not so fast, the waiter seemed to say as I pointed to a large, empty booth inside the restaurant and he instead grabbed my elbow to steer me away. "Your table eeez outside."

Admittedly, it was undercover and warm, but the cafe itself was empty except for the front bar.  Perhaps they were cleaning all the table tops?

The waiter returned. Sapphire asked in tentative French for the advertised burger, salad and fries.  My language skills were limited to understanding only his "Non."  She then tried wood oven pizza. "Non," he said again, pointing (with some force) at the laminated menus that also served as place mats on the outdoor table. "Just zeeeze," he said in English.

Kate nodded, finally understanding the waiter's lack of enthusiasm. "It's 1:45," she said, pointing to her watch. "We're too late for lunch and they wanted to close the kitchen."

Ohhhhh. The front section was full, but not of eaters. They were all busy chatting and slurping coffees, beers and wines, pausing only to flick their cigarette ash out behind them into our section.

All four of us dutifully pointed to the least offensive items on the menu. He nodded, relieved that these tardy clowns had got the message.  "Four lasagnes, eh?"

When our meals arrived - and they were good - the waiter sidled past every couple of minutes or so, meaningfully staring at our table in a very clear Hurry the Hell Up manner.

This, of course, had the opposite effect. We took our time and, somewhat ironically, had an interesting conversation about how often we must offend other cultures/countries/people unthinkingly. 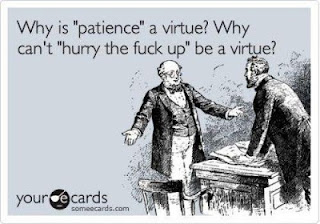 * Meat Tourists:  Frustrated expats who drive to France to buy cheaper meat and groceries.  Border control can stop your car and ask you how much meat you have. Maximum permitted is 500 grams of red meat per passenger in the car. I've been stopped twice in two years and have only ever had two kilograms of chicken breasts which they weren't even remotely interested in.
Posted by MedicatedMoo at 11:38 AM

Fascinating and who would have thought le Bunnings would be so close.

"why is this 2 euros here and 11 in Geneva?"
There's a coincidence. On the Channel 7 news tonight we had an article about Australia paying so much more for goods than overseas countries. For intsance jeans of a certain brand were $53 in Canada, $62 in America, $109 in Australia. IT stuff, like ipods etc, music, dvds, electrical goods all costing way above what the rest of the world pays. Apparently the prices are set that way because they believe we'll shut up and pay up. Even buying online costs us more. The minute we login as Australians, we are sent to a different home page with jacked up prices.
I hate waiters who give that hurry up look, just makes me eat slower.

Hello Kath:
Ah, the silence of Sundays. It is quite similar here where the vast majority of shops close at lunch time on Saturday and do not reopen util 10.00am on Monday morning.

It is so long since we were in Geneva but we are told that it is hugely expensive as is, we imagine, most of Switzerland. Thank goodness you have discovered a small oasis in a desert of wealth.

Sorry, I can't resist the set up. So Vag Fresh is taken orally?

Le Bunnings is, erm, another name here. "Jumbo" is Swiss but the French one has slipped my mind. I was too engrossed in food, clothes and shoes to visit it!

And Vag is short for 'vague' or wave, as in fresh wave mints. Still, it was difficult posing for the photo as I was afraid I'd laugh too hard, swallow it whole and choke.

Jane and Lance, the silent Sundays is mostly Europe-wide, I think? Geneva is indeed incredibly expensive but the initial shock is starting to wear off now that I'm better at scouting for bargains and going across the border.

I couldn't believe how expensive Switzerland was either.

I have upset the French on a number of occasions - not on purpose.

Something similar happened to us in Bordeaux. We went into a restaurant but only wanted a sandwich. Mrs PM asked for a table while I went to the loo.

When I came out, Mrs PM was nowhere to be seen. I asked the waiter who I had seen Mrs PM talking too. I was very polite.

He stared at me as if I were a piece of dog poo.

He pointed to a corner of the restaurant where I found Mrs PM sitting huddled in a corner - where the cheap seats were.

He was rude and obnoxious for our entire meal - just because we didn't want a bloody full meal!

PlasMan, that sort of treatment just makes me behave even more the way they DON'T want me too :P

In our part of France, our local superette is open on Sunday mornings! Who would credit it? Everything else is closed, mind...
Le Bunnings - would that be Mr Bricolage? (Mr DIY to you and me).
I often wonder how workers get their banking done here in France...or go to the post office...or see a doctor...or get their car serviced...or...

Cathy, maybe they rely on 'Le Sickie' to get such things done?

That photo just made me choke on my risotto at work.

I am solidifying my reputation as a classy lady.

To reinforce that reputation, dear Hannah, just let me know if you'd like your very own packet of Vag Fresh mints posted over to Canada.....?!

I have to add this: my lovely friend Georgia reckons I should write a book with the title 'Meat Tourists' !!

I'll take your word for it that you're now minty fresh!

ALWAYS Fernstar - was just in Carrefour a few minutes ago and saw them stacking the shelves with even more bags of 'Vag Fresh'!

The prices difference must have something to do with the particle accelerator below your feet. All those hadrons racing around the place tend to inflate everything to the north, including shop prices and rental properties. That's why my cousin's son, who works at the UN in Geneva, lives in Poilly. Vive la France!

You are lucky to be able to go over the border to get cheaper clothes and a wider variety. Pity the hospitality isn't as good as their croissants.

I wonder if the Swiss get higher salaries than the French and that is why stuff is dearer.

... so the customs man wasn't interested in your breasts? (sorry I couldn't resist)

Yep you have to get your timing right and God help you if you try to enter a restaurant before it's time to eat!

Silence on Sundays?? Hahaha, that's all too familiar in downtown Adelaide ... But happily, not the 'meat tourist' concept! There are clearly SOME advantages to living on a small farm & running a few head of sheep!!!

Last year some friends and I went to France to visit the WW2 beaches, we had to live on a diet of Bread and cheeses as we arrived late at night everywhere was closed on a Sunday and Monday and the cafe's stopped serving food at 1.30pm!!
Still it was an experience like yours

Fascinating. I'm surprised Geneva is so old-fashioned/unsophisticated in this sense. And I love the phrase and concept of "meat tourist"!
I wouldn't have expected in this day and age with the Eurozone and all, that there would be such price differences and those sorts of customs limitations between neighboring countries.