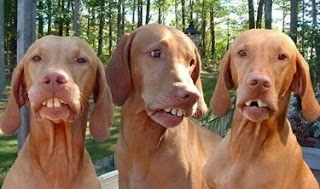 We all have our own weird habits. Some we have in common with a lot of other people but don't generally talk about (having the odd wee or nose pick in the shower, for example) and there are other habits that we suspect are pretty well our own to own, if you get my drift. For me, my most longstanding odd habit - which I'm peculiarly grateful for - is my obsession with threes.

My birthday is the 3rd of November, and for all of my active memory I have searched for groups of threes and counted them out like the demented girlfriend of RainMan.

For instance, I'm disappointed that the ceiling tiles in my dentist's surgery are divided into 29 squares across and down - no divisions of three, and it perhaps goes some way to explaining the pain, discomfort and embarassment I've endured there on far too many occasions. Fortunately the wall vents at home are configured as rows of squares by six, so the dental nightmare is somewhat negated.

My daughter's name is a division of three, as is my own. Love Chunks' and my names, separately, are not, but together, they are. I've been obsessed (or was it bored?) enough to mentally count the CDs on the rack and the books on the shelf to see if they fit the numerical formula. The diamond patterns on our living room rug do not. You'd think I'd only need to count them once to work that out, but it's something that I find myself doing every single day I sit down and clap eyes on the damn pattern. This same obsession goes for the number of floorboards in the dining room; the number of knobs on all cupboards, drawers and doors in our bedroom; the shower curtain rings in the bathroom; bottles of wine in the racks; undies on the clothesline and petunias flowering in their pots..... I'm a lunatic! 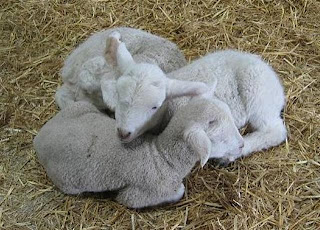 There are three gold bangles on my wrist that never come off - not for sport or showering and, even though it wasn't planned as such, there are three human beings that make up the little Lockett family.

Threes too (see what I did there), give me many options to 'find' a multiple when one doesn't immediately appear. For instance my birth year is 1968 which is divisible by three, but Love Chunks (1967) and Sapphire's (1999) are not. All I need to do is add them together (3966) and my autistic equilibrium is again in order. Sad, isn't it, that my mind is being wasted on something so futile instead of trying to figure out a cure for Andrew Bolt's existence, tax-free dodges for the super rich or permanently eradicating the next instalment of Australian Idol. *sigh*

More recently I've realised that the number three can in fact help me. Three goodies can cancel out one baddie. Bulldog, for example, has a very common Baby-Boomer name that, until a couple of months ago, caused me to shudder, find a corner, curl up into the foetal position and snart snivelling. Luckily I met Bulldog Nomenclature A, who, under the different name of DMC Confectionery, makes the most exquisite delicacies from Belgian chocolate, South Australian red wines, natural rosewater, local almonds and fruit pectins. She and I met to discuss her product range and ended up spending hours together laughing, talking about our upbringings, families, pets (Jorgi for me, Daschunds for her) and our interests.

Bulldog B made me feel welcome the second I shyly stepped into the SA Writer's Centre. I stood there, blushingly holding my Dummies book, gazing at the shelves of published poetry and serious literature and thought I'd better leave before any contemptuous laughter rang out in my direction. Not so. Bulldog B was thrilled to make my acquaintance: offered me a coffee, brought out heaps of useful material and was most generous with her time and advice.

Bulldog C was a real surprise. Sapphire and I were busy getting dinner ready (a fairly rare occurrence in our home as Love Chunks is the KING of cooking, thank Choc), singing Abba's 'Voulez Vous' but changing the lyrics to suit the dog - "MillyMooo aha, take it now or leave it, now is all we get, La question c'est MillyMoooo" when the door rang.

It was Bulldog C, apologising profusely for disturbing us, but confessing that she'd driven past our house a couple of times over the past week, debating whether to come in and introduce herself. I'm glad she did. Her parents bought this house in 1939, and she was born straight after the war. "I've lived in Queensland since I got married in 1960, and have been down to visit family and just wondered if...."

Of course. I bustled her inside, forced a cup of tea on her and let her wander through each room. Sapphire's bedroom had been hers and her sisters, with the same in-built cupboards in use. Her father worked for Woodies soft drinks until his retirement and earned the admiration of all the kids in the neighbourhood when he played Laurel & Hardy and Three Stooges movies and used the back of the front door as the screen: "We sat in cross-legged rows on the floor of the hallway.... and look, you still have the same doorknobs, doors and ceiling roses!" She told us how the neighbour's horse had got loose one time and stuck its head through the kitchen window to say hello and how she ran away from home and hid up the almond tree wondering why her mother wasn't out frantically looking for her, "I didn't realise that she could see me quite clearly there from the sink."

Even Skeletor, Bulldog's dim-witted but evil assistant has been cancelled out by three nicer individuals who share her name. Sapphire's class teacher, for one. She has somehow managed to tame a room full of cynical 8-10 year olds who can now sing in four harmonies; play violins, grow enough produce to make an arse-kicking vegetable soup and have them feel real disappointment when it's a pupil-free school day. She's earned Sapphire's loyalty and devotion and we often have mealtimes that begin with "My teacher told us that....."

Skeletor 2 couldn't be less like the evil original. She is beautiful and elegant in that infuriatingly natural and unconscious way and her home looks like something out of House and Garden. She's incredibly kind, intelligent and is raising a child on her own with more energy, dignity and commitment than a truckload of Backyard Blitzers with childcare certificates. She has seen me through some very low times and shares my love for cheesy eighties movies. "My hand is resting between two soft, warm pillows."

Skeletor 3 has been a mate since university, when I envied her Datsun and saw tears roll down her face when Glenelg were unequivocally murdered by North Adelaide in the SANFL grand final fiasco of 1987. She lives in France now, with her lovely hubby Ronan and two adorable sons Yann and Etienne and, over twenty years on, looks exactly the same. No lines, no greys, no age - just her usual happy, bright face and sparkly, witty eyes. Regrettez que vous n'ayez pas vécu ici mon ami. 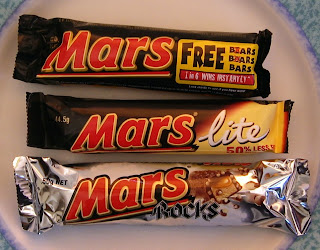 I used to always make up songs for my dogs: Labrador of Grub to the tune of Satellite of Love; Mudguts Chaiski to the tune of Old Man River and a very rude one to GNR One In A Million.

Praise be for the sabbath.

I am watching the Three Stooges right now and your first photo looks frighteningly similar to them! Cute.

The good news is, soon Tasmania will have it's Mars Bars renamed Believe Bars, and now I might buy 3...I feel inspired now...

Myninj - Thank god i'm not the only one who makes up songs for the dog, or has an obsession with numbers.

Oh lc - that's why you're my main squeeze. Oh hang on, no, you can't be 'My Main Squeeze' because it's not a multiple of three. How about 'A Top Bloke' ?

Ken - the photo is called 'Hillbilly Hunting Dogs', so I guess you're not far off. Why is it that blokes love the Stooges but women hate them?

River - Forget 'Deck the Halls', we used to sing a version of Jingle Bells that still makes me blush to think of it.

Miles - forget the 'new' or diet Mars, and stick with the original. Or do youself a favour and get the 70% cocoa double-dipped Cherry ripe instead. Or read my reviews at www.chocablog.com

Franzy - you will be the death of me. I was at the Palace cinema today, waiting for the film to start and yep, I started counting the rows of seats versus the number in each row. All was fine until I noticed the odd couple of seats right at the back for wheelchair patrons to sit next to.